The ‘Apache’ maintains the illusion of going to Russia 2018 with the team of Sampaoli. Who last saw him from albiceleste was from the rival team. I am working on my best version. If that leads to the coach of the selection (Argentina) see me as I want to be. I will have many more chances to be, “said Carlos Tevez in an interview with ESPN. In which he also spoke of his return. The Apache made public, in its own way, the desire to wear the blue and white again. 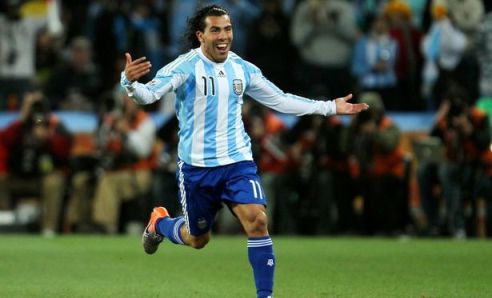 We have a technician who knows very well, what he does, with a lot of experience, as he showed in Chile. You have to let it work quietly. Choose the one is better now, “said Tevez on the coach of the selected albiceleste. The last matches of Tevez was with the Argentine team were led by Gerardo Martino. Thanks to his great performance in Juventus Tevez began to be taken into account by the technical director.

In 2015, he joined the Argentine squad that participated in the Copa America Chile 2015. In the group stage, he entered from the bench in a 2-2 draw against Paraguay. In a 1-0, victory was against Uruguay. In the match was against Jamaica, with victory also 1 for 0. In the quarterfinals, he had to enter as a substitute. At 73 minutes of the second half, in a 0-0 draw against the Colombian team. In the penalty shootout, Tevez kicked the last one and converted. Argentina won 5 to 4 on penalties and went to the semifinals. In this way, Carlos, had a rematch of what happened in the Copa America 2011.

In the semifinals, Argentina faced the Paraguayan team again. This time won with a 6-for-1 win. There Carlos did not enter, managed to reach a Copa America final for the third time. Already in the final as in the previous game did not enter to play. This time the selection fell into the definition by penalties 4 to 1 against Chile. Tevez remained with the runner-up for the third time, where he played 4 games without converting goals.