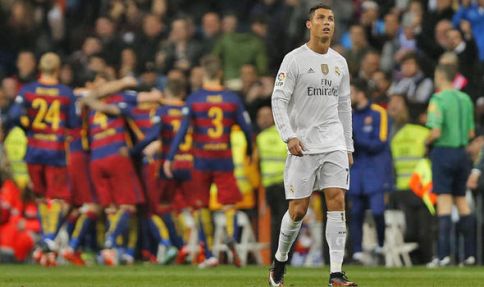 The player would be very outraged by everything related to the process for which he is being investigated. Even Cristiano Ronaldo who is focused on the selection of Portugal for the Confederations Cup of Russia, would have communicated the decision to the president of Real Madrid Florentino Perez, always according to the same media.
Ronaldo’s environment would have assured the newspaper that the player would be interested in other leagues such as the English, French, Italian or even the Chinese league. The most intimate circle of the Portuguese would have told the Portuguese newspaper that he does not want to be a victim of persecution or circus clown. In the news, which covers the cover of the newspaper, explain that the decision to leave Spain would have been taken two or three months ago and could be made public after a holiday period that Ronaldo will enjoy after the Confederations Cup.

In the indictment, the public prosecutor accuses him of four crimes against the Public Treasury committed between 2011 and 2014 and which involve a tax fraud of 14,768,897 euros. The Prosecutor’s Office emphasizes that Ronaldo has taken advantage of a corporate structure created in 2010 to hide the revenues generated in Spain from the image rights, which is a voluntary and conscious breach of its tax obligations in Spain.

One of Ronaldo’s Portuguese lawyers Antonio Lobo Xavier defended Tuesday that the complaint by the Prosecutor’s Office of Madrid is due to a difference of criteria, that has no basis in any law and that the player feels that it is an injustice. There was no omission of declaration, there was a statement according to a criterion that apparently is not the criterion that the Spanish tax administration likes, but it has no basis in a law or in rules that can say that the player violated he said.